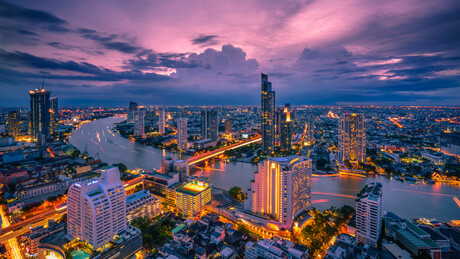 BCPG is now seeking to sell its RECs — based on meter readings derived from the P2P platform — in an REC marketplace that spans Southeast Asia, with the process of issuing, trading and retiring RECs to be recorded on Power Ledger’s platform.

“Power Ledger and BCPG are creating the first REC marketplace of its kind in Asia, bridging the gap between buyers and sellers by providing an end-to-end solution that tracks REC generation, trading and retirement through one integrated online system without the need for a broker,” Power Ledger Co-Founder and Executive Chairman Dr Jemma Green said.

The International REC Standard (I-REC) provides a global standard for energy attribute tracking, with each REC issued by I-REC representing 1 MW of renewable energy. I-REC is currently recognised in several countries across Asia, Africa, the Middle East and Latin America.

“Power Ledger’s blockchain-enabled technology provides a secure and accountable platform that can audit and streamline the buying and selling of renewable energy.”

“We’re looking forward to building on our work in the United States and replicating a similar effective model in the Asian market,” Dr Green said.

Discussions are now underway, with several organisations expressing interest in participating in the BCPG-Power Ledger project.

BCPG President and CEO Bundit Sapianchai said, “As a leading green energy producer in the Asia Pacific, we are excited to be the pioneer of REC trading in Thailand and the Asia Pacific, and expand our digital energy solutions using Power Ledger’s blockchain technology.

“We believe that the REC marketplace will help promote the use of renewable energy and make the market more sustainable.”

On the eve of International E-Waste Day, Australians are being urged to invest in good-quality...

Peripheral nervous system may play a role in autism

Treating coughs by targeting the brain