Why the government's gas plan could be 'on the nose' 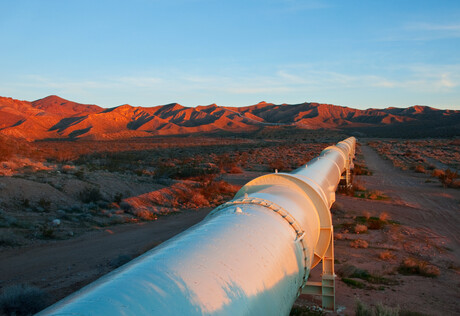 Although the manufacturing industry has thrown its support behind the federal government’s new Gas Recovery Plan, some experts have criticised the move.

Prime Minister Scott Morrison has announced that the government will support a ‘gas-led’ financial recovery from the global COVID-19 pandemic, which will ensure that industry can access the energy it needs in order to remain competitive with the rest of the world.

Energy Minister Angus Taylor has subsequently announced the Gas Recovery Plan, which reportedly includes the construction of a new gas power station in the NSW Hunter Valley if AGL does not replace its Liddell coal-fired power station.

However, experts have suggested that throwing taxpayer funds at fossil fuels is a bad move and will not help pull Australia out of a recession, because it essentially means propping up a failing industry.

“The federal government is trying to shore up the gas industry, which is in a poor financial state. Meanwhile, the rest of the world is decarbonising,” said Climate Councillor and former president of BP Australasia Greg Bourne.

“This announcement delivers no jobs in the short term and will only deliver huge uncertainty into the energy market,” Bourne said.

“The economic and technological winds of change are driving us towards a renewables-led future — that is where private sector investment dollars are going.”

Bruce Robertson, a gas analyst at the Institute of Energy, Economics and Financial Analysis (IEEFA), agrees that propping up a financially unstable gas industry could prove problematic.

“There is already a massive global over-supply of gas, which is likely to last this decade,” he said.

“Gas industry bankruptcies, poor profitability and spectacular write-downs are the norm, while gas prices have bottomed out globally, if not in Australia.”

According to Robertson, due to an absence of government regulation, gas companies have been allowed to set the price for gas on the east coast of Australia. Since 2014, domestic gas prices have increased exponentially while gas companies have exported ever increasing quantities of Australian gas, at costs cheaper to consumers overseas. He said that the industry itself sets the high price of gas.

“This is a losing industry, not a winner to take the country out of COVID. The government is attempting to pick winners but has backed a loser,” Robertson said.

However, industry itself has strongly supported the government’s plan, with oil and gas giant Santos suggesting that it will be a positive step forward for consumers and the flagging economy.

“More gas supply and more competition equals lower prices for customers, and we must keep the cost of supply down as well.

“The Prime Minister’s National Gas Infrastructure Plan is very welcome because there are missing pipeline links that are needed to connect new projects like Narrabri and new basins like the North Bowen, South Nicholson in Queensland and Beetaloo in the Northern Territory.

“We also know that the existing pipeline route to southern markets from Queensland is constrained and long, therefore transport is expensive, so we need more pipeline options to get Queensland gas south by the middle of this decade.”

KPMG Australia Head of Oil and Gas Jonathon Peacock agrees that the government’s plan is a good one, stating, “As the energy sector continues to transform, we can expect further positive focus on gas supply and integration across supply chains from this year and into 2021 and beyond. Gas has a critical role in firming energy supply and can serve as a vital bridge, as government and business develop alternatives to traditional energy forms.”

Meanwhile, the Climate Council has suggested that the focus should be on better, renewable alternatives that could be used on energy projects — and which could also aid economic recovery.

“The Climate Council’s Clean Jobs Plan found that 76,000 jobs can be created across Australia, rapidly getting people back into the workforce while also tackling climate change.

“Australia has an enormous opportunity to be a world leader in renewable energy and manufacturing. This is the plan Australia needs.”

Indeed, research into alternatives is already well underway. In a project supported by ARENA and the new Reliable Affordable Clean Energy for 2030 Cooperative Research Centre (RACE for 2030 CRC), researchers from the University of South Australia’s Future Industry Institute (FII) are currently prototyping a commercial-scale system that stores renewable electricity as heat and releases that heat on demand for industrial applications.

While acknowledging that fossil fuels will likely always retain some role in industry, research and development suggests the role of gas may shrink over the next few years.

“There is a lot of work being done, around the world, towards the electrification of heat,” said FII researcher Dr Rhys Jacob.

“This research is looking at how we use low-cost variable renewables to offset what is traditionally fossil fuel-fired heat, and the recent progress has been excellent.

“We have already successfully tested a smaller version of the technology last year, so we are confident it works, and we’re now in the process of upscaling it and refining features so it delivers a ready-to-go solution for industry.

“Our research shows that, used in conjunction with renewables such as solar and wind, this system could reduce gas consumption by as much as 80% in some industries.”

Coal-fired power stations could be converted to run entirely fossil fuel-free by using a new type...

There are many advantages of signing up for LPG at your rural property, Elgas explains.

The La Trobe University Net Zero fund will be investigating the impact that LED lighting has on...

Meet the brewer that never brews the same beer twice

Deakin University works with MSC Software to build AM skills

ABB partners with UWA for the future digital mine